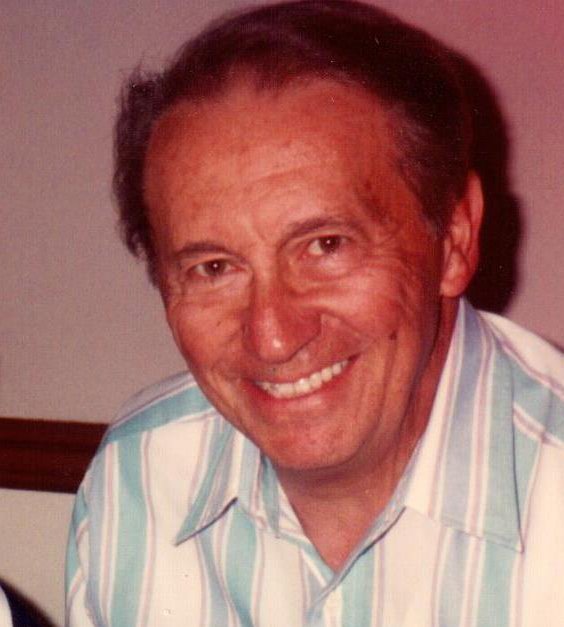 Joseph M. Stately, Sr., age 93, passed away peacefully in Wayne, NJ on Monday February 3, 2020. He  was born in Paterson NJ on March 19, 1926 to Julia and Joseph Stately. He lived in Paterson, NJ before moving to North Haledon in 1962. He was a graduate of Paterson Public School No. 2 and Central High School. He later attended Paterson Vocational School to learn his trade as a Tool and Die Maker. He was employed at Bendix Corporation for 25 years as an Experimental Machinist working for the Defense and Aerospace Industry. His achievements in this time made for man to go into outer space and land on the moon.  In 1969 he received an award from NASA for the successful mission of Apollo 11.

He was later employed by Singer-Kearfott in Wayne, NJ retiring in 1991 making guidance and navigation systems also for the Department of Defense.

Upon his retirement he enjoyed numerous hobbies, traveling and playing golf. Maintaining his lawn was his pride and joy.

He was a member of the United States Naval Reserve before entering the United States Army.  In 1950 during the Korean War, he was stationed at Aberdeen Proving Grounds in Maryland where he reached the rank of Corporal.

After his discharge he married Teresa Portella on June 6, 1954. They were married for 60 years until her passing in 2014.

He was a parishioner of St. Paul's R.C. Church in Prospect Park, NJ.  He was also a member of the American Legion Post No. 428 and the North Haledon Golden Age Club.

A life long New York Giants, Rangers and Yankees fan he would recall attending numerous games over the years and watching great players such as Lou Gehrig, Joe Di Maggio, Yogi Berra and Mickey Mantle as well as the current roster of today. He always talked about Joe DiMaggio's 56 game hit streak in the season of 1941.

All in all Joe lived a wonderful life with no regrets.

To send flowers to the family or plant a tree in memory of Joseph Stately, Sr., please visit Tribute Store
Thursday
6
February

Share Your Memory of
Joseph
Upload Your Memory View All Memories
Be the first to upload a memory!
Share A Memory
Send Flowers