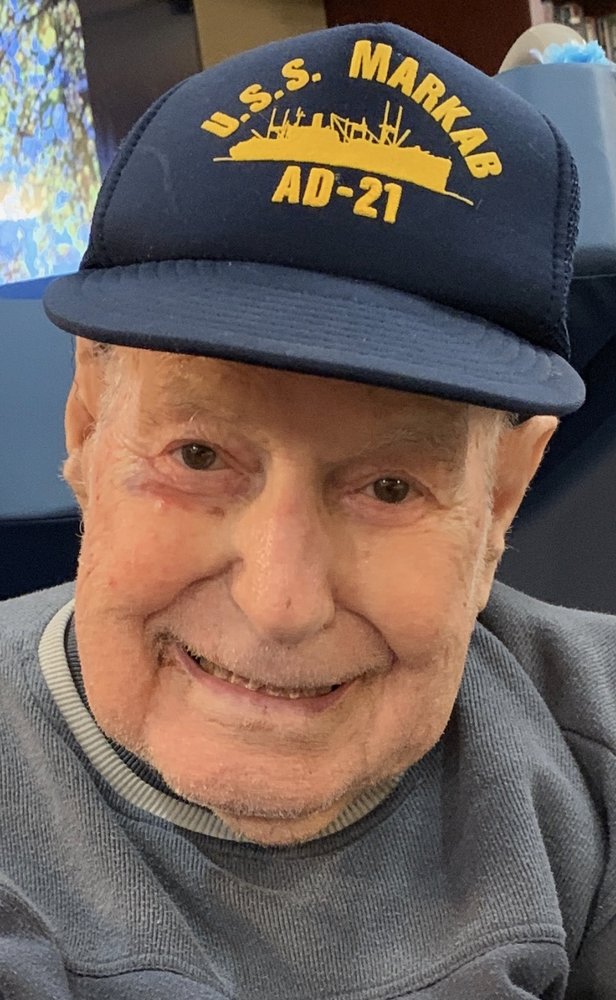 Born in Baltimore, MD, to August and Elizabeth (Jarosch) Grau, he grew up in St. Paul, MN. Upon graduation from high school, he enlisted in the U.S. Navy. During World War II, he served as a technician on the supply and repair destroyer tender the USS Markab in the U.S. Pacific Fleet stationed in San Diego and Hawaii. On the day of the attack on Pearl Harbor, his ship was on its way from Hawaii to Alaska when it was summoned back to its homeport to assist with repairs.

He was called up again by the U.S. Navy for service during the Korean War, and served stateside in New London, CT.

In 1952, he and his wife, Dorothy (Holland), moved to Clifton, NJ, where they lived for 66 years until they became residents of Christian Health Care Center in 2018. During his years in Clifton, he worked for New Jersey Bell Telephone Company (now Verizon), retiring in 1983 after 37 years of service. He was a proud member of the International Brotherhood of Electrical Workers Local 827.

A volunteer for the Scouting program for nearly 60 years (and a leader long after his two Eagle Scout sons were grown), he was presented with the Silver Beaver Award for his work with Scouting on a local, regional and national level. Three of his grandsons are also Eagle Scouts.

Share Your Memory of
August
Upload Your Memory View All Memories
Be the first to upload a memory!
Share A Memory
Plant a Tree