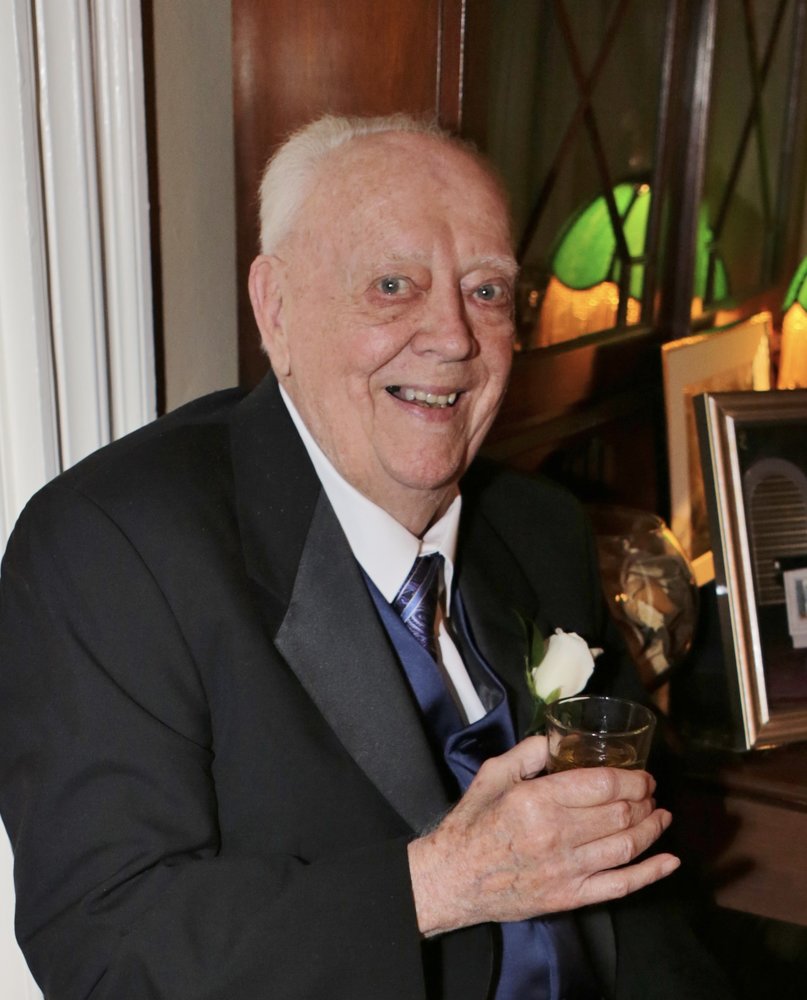 Leo Guabello, 95, of Haledon passed away on August 8, 2020.  Born in Paterson, Leo resided in Haledon most of his life.  He graduated from Central High School and attended the RCA School of Radio Technology in NYC.  He worked at G&M Vending Company in Haledon and was the retired owner of Twinbrook Vending Company in Haledon.  Leo was a true patriot and veteran of WWII and served as a Radio Technician in the Army Air Corp. (which became the Air Force after WWII).  He fought for our freedoms in the Phillipines in the early 1940’s.

Leo was beloved by all and devoted to his family and his community.  He was very involved in the Haledon PAL, was Chairman of the Haledon Recreation Board, managed a men’s softball team and coached boy’s baseball teams.  An avid member of the Haledon Veterans Club, Leo served as Treasurer and honored member of the Club his entire adult life.

He was married to Theresa Guabello (nee Artale) for 56 years until her death in 2002.  He is also pre-deceased by his parents Henry Guabello and Lena Guabello (nee Gallo), his sister June Guida, and his youngest son James Guabello.

Leo’s beloved pastimes included golf, bowling, and community service.  He established the Christmas event for Santa Claus arriving at Roe St. Field in a helicopter, bringing delight to all the children in Haledon.  He was also responsible for establishing the summertime outdoor movies at Roe St. Field providing entertainment for the community for many summers.  Leo’s God-given talent of playing the piano by ear and his love of music was passed down to his children, grandchildren, and greatgrandchildren.  He loved to play honky tonk tunes on the piano and was so naturally gifted at it.  His best role was one of loving husband, dad, grandpa and pop pop. He was an amazing father who could be trusted and depended upon no matter what. He was our anchor.

Memorial visiting on Saturday, August 15, 2020 from 2 – 6pm.  No Flowers please.  Donations can be made in Leo’s memory to the Haledon Fire Company or charity of your choice.

Share Your Memory of
Leo
Upload Your Memory View All Memories
Be the first to upload a memory!