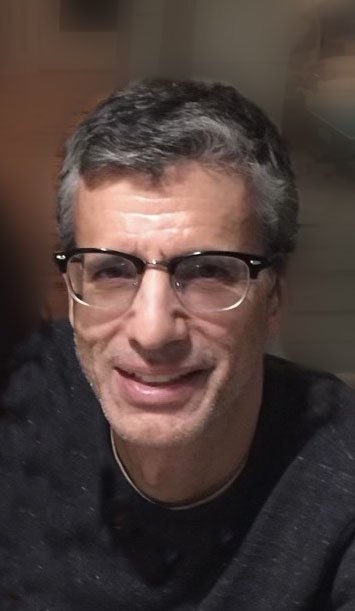 Andrew “ Andy” Rodriguez passed away peacefully and unexpectedly on March 8, 2021.  He was 58.

Beloved son of Diana ( Speranza) and the late Andrew Rodriguez. Dear brother of Rosemary Logue and her husband Ron of Flanders, Diane Dolecki and her husband Rick of Stroudsburg, Christine Coppola and her husband Rob of Verona. Devoted Uncle Andy to Kevin, Kyle, Dana, Shane, Gabriella, Robert, CJ, and Nicky.

At an early age, we knew Andy was gifted.  When he was just 5 years old he could recite all of the Presidents in order, rattle off sports statistics, and answer trivia questions about almost any subject.  He loved to read and write, eventually becoming a journalist after graduating from Boston University in 1984.

His love of politics continued and he enjoyed having intelligent conversations about current world events.  His early career was spent writing for Wrestling World Magazine.  He went on to become a manager at Borders Bookstore and then a loan officer with a local bank.

Andy’s hobbies included traveling, sports, theater, and spending time with his family.  Growing up the only boy in a house of 3 girls, he learned to become a kind and compassionate person.  He was a dedicated son, brother, uncle, cousin, and friend who will be dearly missed, especially at Sunday dinners and holiday gatherings. Always a quiet presence but never missing a chance to celebrate a major milestone, sporting event, or opportunity to be with his parents, sisters, and nieces and nephews.

We will remember Andy by his special nicknames: Butch, Ang, Andy Boy Broccoli, and The Captain.  And think of him often, especially when the Yankees or Giants are playing.

Share Your Memory of
Andrew
Upload Your Memory View All Memories
Be the first to upload a memory!
Share A Memory