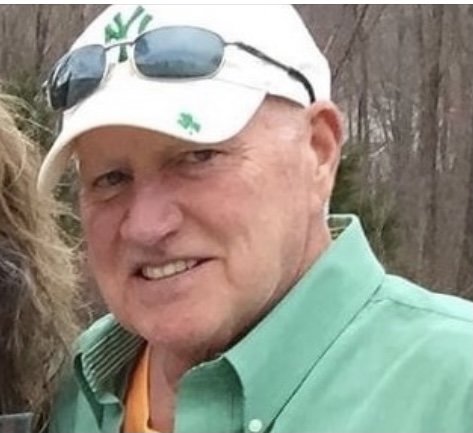 Born on September 19, 1952 in Paterson, NJ, Muggs developed deep roots through his education, career and family life. His parents, Roy and Clare McGinnis, instilled in him a strong work ethic, sense of family, and an Irish identity that has been at the foundation of the man who is loved by all. Muggs had a sense of humor like no other and was always making those around him laugh. He had a way about him that made people feel privileged to be in his company. Richard was a dedicated father, grandfather, uncle, nephew, cousin, and athlete, all while being a teacher, coach, mentor, officiator, and friend to so many.

As a child, Muggs attended School 27 and Don Bosco Technical and Vocational High School, graduating in 1970. He participated and excelled in many activities and sports, including soccer, basketball, skiing, and baseball. While attending Montclair State College, Richard played baseball and soccer and became the Assistant Baseball Coach at Don Bosco Tech during this time. This decision was pivotal to his successful career in coaching. When Richard graduated from Montclair State College, in 1974, with a BA in Mathematics, he returned to DBT to teach the subject about which he was most passionate. At a very young age, Richard was quickly promoted to the Mathematics Department Chairperson and remained so until 1980.

When Richard gained employment as a Mathematics Teacher at John F. Kennedy High School in Paterson, NJ in 1980, he remained active in athletics by coaching and officiating. He was Head Coach of the boys’ Varsity Baseball Team and coached the girls' softball and soccer teams. He became involved with Ramapo College of New Jersey's athletics as a supervisor of their tennis tournaments and as the head coach of the men’s soccer team.

After 36 years of service to the profession, Richard retired in June 2010. As fulfilled as Muggs was with his educational and athletic pursuits, the happiest moment came when he and his former wife, Cathy McGinnis, had their daughter, Meghan, on June 18, 1985.

Devoted father to Meghan McGinnis and her husband Jovan Alvarez; Loving grandfather to Harper Moon Alvarez; Significant other to Anne Della Pesca Constanza; Brother and Uncle to James and Kaitlynn McGinnis; Cousin, nephew, and friend to all who knew him.

The mark that Muggs has left on both education and athletics will always be remembered by his friends and family. Those that knew Muggs, knew he made it a point to make sure people who needed something were taken care of whenever he could. He found true happiness in helping others and had always said he would rather give than receive. The accomplishments that Muggs has achieved throughout his life can be heard as a testament from his students, classmates, teammates, players, colleagues, family, and friends. These dedications can only begin to define the spirit of generosity that defines the man we have come to know and love as Muggs McGinnis.

Memorial visitation on Friday from 4-8 PM at DeLuccia-Lozito Funeral Home in Haledon, NJ. Mass on Saturday at 10 AM at St. Gerard Majella in Paterson, NJ. Private burial will take place at a later date.

Share Your Memory of
Richard
Upload Your Memory View All Memories
Be the first to upload a memory!
Share A Memory